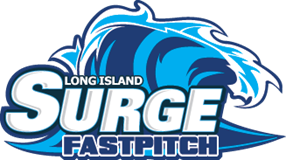 Follow LI Surge
Keep up to date with all the news

"How can a game have such effect on an individual’s soul?  The way I see it, how can it not.  You don’t choose the game, it chooses you and when it does life and the game forever will be connected.

I have spent a good piece of my life gripping a softball and I have come to realize that it’s the other way around.  I have incredible passion, respect and love for the girls that I have coached over the years. I want my athletes to view me as a role model and someone who unconditionally supports them.

Life is about choices and you can choose to excel or choose not to. You can choose to embrace your dreams and go after them or let them slip away. The control that you have over your choices, your focus and your destiny is real and powerful. It is the key to unlocking the door to your true potential."